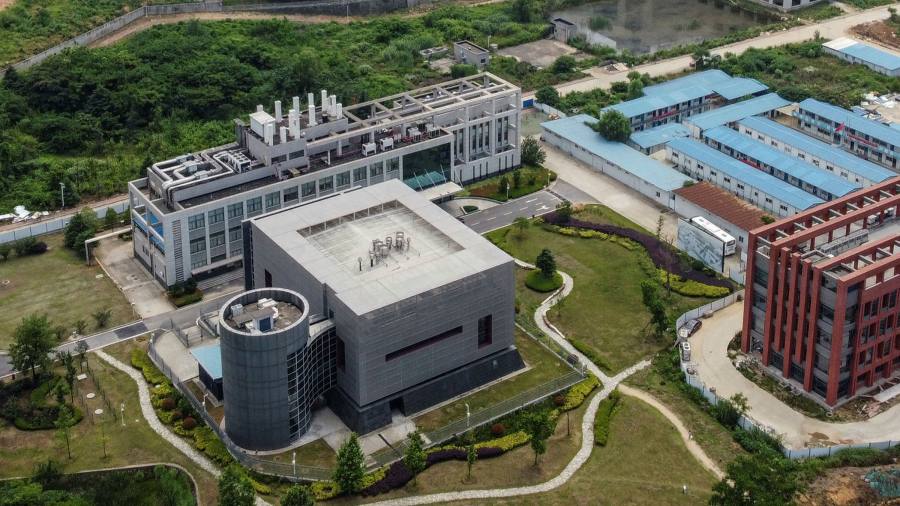 In 2004, the US Centers for Disease Control and Prevention signed an agreement with the National Influenza Center of China to help China improve seasonal influenza strain analysis.

In the next 10 years, the fight against this disease changed.The United States has trained nearly 2,500 Chinese scientists and helped open dozens of laboratories in the country. It turns out that this kind of cooperation helps to promote effect The seasonal flu vaccination rate has increased from 10% to more than 50%.

Dr. Anthony Fauci, President Joe Biden’s chief medical adviser, told the Financial Times: “For decades, we have been dealing with Chinese scientists in a very cooperative manner. If this situation stops, it will be for China, the United States and the entire It’s a shame for the world.”

China and the United States have been cooperating in research for decades, and the Nature Index ranks it as the most academically valuable scientific relationship in the world.

After this pandemic, research on bat coronaviruses in China and the United States will become more important, not less.

In the 2000s, as China opened up to the outside world and increased investment in scientific research capabilities, the number of joint research exploded.

From 2005 to 2017, the number of papers published by American and Chinese researchers in high-quality journals increased by 6 times. According to research Led by Cao Cong from the Business School of the University of Nottingham, China. The same study found that from 2010 to 2017, the number of American scientists who had been to China almost doubled.

Some co-produced works changed the world.

From 1993 to 1995, the Centers for Disease Control and Prevention led a research project in China that found low birth defects in newborns whose mothers took folic acid for 28 days before and after conception.The U.S. Food and Drug Administration then began to require food manufacturers to add folic acid to staple foods such as bread, flour, and rice. As a result, the birth defect rate of newborns in the U.S. Lost About 1,300 per year.

Deborah Seligsohn, Assistant Professor of Political Science at Villanova University and a former State Department official, said: “This research is impossible in the United States. In the United States, everyone goes to see a private doctor, and The data is more disorganized.”

It has also achieved success in scientific research fields that are not related to health.

Since 2009, the two countries have cooperated on a project to convert China’s nuclear reactors from using weapon-grade enriched uranium to using much lower fuel that cannot be stolen and used in ballistic missiles.

At the beginning of last year, the United States Charge Charles LieberThe head of the Department of Chemistry and Chemical Biology at Harvard University concealed the fact that he was also paid $50,000 by Wuhan University of Technology.

The arrest triggered protests from Lieber’s colleagues, who believed that the prosecution against him was unfair and hindered scientific cooperation between the United States and other countries. But this is also part of a broader push by the Trump administration, known as the “China Initiative”, which aims to eliminate American researchers who help pass scientific secrets to China.

Despite the Chinese initiative, even after the pandemic hit, cooperation has deepened in recent years.

A report by Caroline Wagner, associate professor of public affairs at Ohio State University, found that in the first three months of 2020, the number of US and Chinese papers devoted to coronaviruses actually increased.The amount of collaborative work declined later this year. Beijing ordered All Covid-related research is reviewed by the government before publication.

Questions about what happened in the Wuhan laboratory before the Covid-19 outbreak may have a more lasting impact.

Many experts have been criticizing that the United States is funding and helping Wuhan laboratories conduct risk research on the possible effects of bat coronavirus on humans-even if the research is not necessarily the cause of the pandemic. They were especially worried when they discovered that some of these tasks were carried out at a level 2 biosafety level (roughly equivalent to the US dental office).

Harvard University epidemiology professor Marc Lipsitch said: “This kind of work is not allowed on BSL-2. This should result in your work and thesis being cancelled. There are some very bad safety practices that need to be stopped.”

However, some people worry that even the relatively safe areas of scientific cooperation are now at risk.

Dennis Simon, executive director of Duke University’s Center for Innovation Policy, said: “University administrators are now blocking various projects because they are afraid of headlines that indicate in any way that their scientists are engaged in any illegal activity.”

Others warn that by focusing so much on the controversial origins of the coronavirus pandemic, the United States may jeopardize work that may help prevent the next pandemic.

Seligsen of Villanova University said: “Influenza research shows that virus surveillance is very important. After this pandemic, the joint Sino-US research on bat coronaviruses will become more important, not less.”

Pay attention to the on-site reports and analysis of the global epidemic and the rapidly evolving economic crisis by the Financial Times Here.