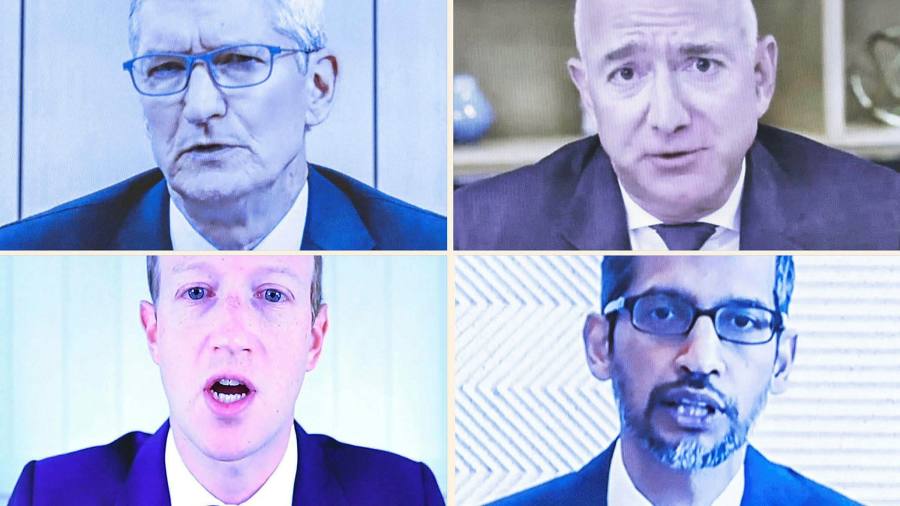 If passed, these proposals will collectively constitute the largest reorganization of the US monopoly law in a generation, curb acquisitions of the technology industry that has consolidated Facebook’s dominance in social media, and limit the ability of Apple, Amazon, and Google to use their platforms to favor their products .

In announcing the bills on Friday, David Cicilline, the Democratic Chairman of the U.S. House of Representatives Antitrust Subcommittee, said: “At present, unregulated technology monopolies have too much power over our economy.”

He said that large technology companies “are in a unique position to pick winners and losers, destroy small businesses, increase consumer prices, and make people unemployed.”

Over the years, American politicians have promised to pass landmark technical regulations, such as the Digital Privacy Act, but they have been hindered by the lack of bipartisan agreement on the issue.

However, the members of the House of Representatives who signed support for these five bills include Democrats and Republicans, which shows that both parties are angry with global technology companies.

Ken Barker, the most senior Republican in the Antitrust Subcommittee, said: “Apple, Amazon, Facebook, and Google put power above innovation and hurt American companies and consumers in the process.”

These bills will enact many of the recommendations made in the 448-page report issued by the Cicilline Subcommittee last year, Accused all four companies of abusing their market power, and subsequently held hearings, including hearings with four CEOs. The report was signed only by Democrats, indicating that Republican congressmen have changed their positions since then.

Details of the five bills

The first of the five bills will prevent companies from using their platforms to improve their products. Amazon has been particularly criticized for using its market-leading online store to highlight the products produced by the company. Last year’s report found that Amazon often uses third-party seller data to help improve and sell its products.

The second will prevent large technology companies from acquiring potential competitors. The bill reflects Capitol Hill’s outrage over Facebook’s permission to acquire WhatsApp and Instagram, which helps to consolidate its power on social media.

The third will prevent companies from using their platforms and products to promote other products they own. For example, Google is accused of manipulating its search engine to highlight its own products, such as Google Shopping, and these services generally do not rank high in Google searches.

The fourth bill will force companies to make it easier for customers to access their data and online personal data and transfer them to another service.

The fifth will make certain merger applications more expensive in order to provide more funds for the Justice Department and the Federal Trade Commission to take enforcement actions.

If the House of Representatives passes, the main obstacle to the bill becoming law will lie in the Senate, where Republicans have enough votes to obstruct the new legislation.Senate Republican leader Mitch McConnell (Mitch McConnell) is generally considered to support big companies, but has relatively few views on big companies Big technology.

Neil Bradley, chief policy officer of the U.S. Chamber of Commerce, said in a statement: “A bill for a specific company, rather than focusing on business practices, is just bad policy. Fundamentally, it is unfair and may be ruled. Is unconstitutional.”