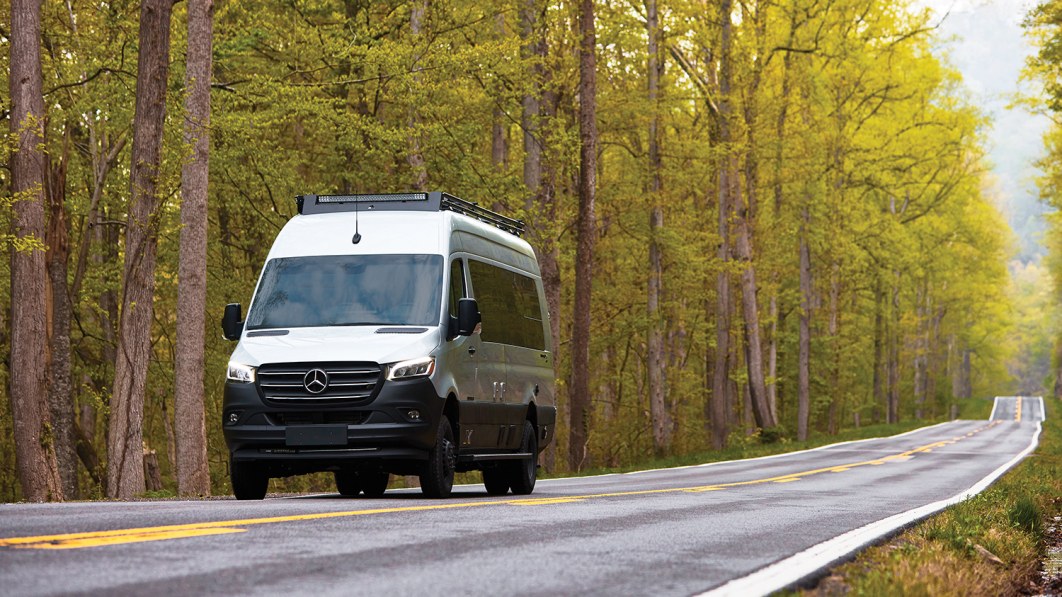 “Driven by consumers’ changing demand for off-grid RVs that can carry adventure equipment (such as bicycles, kayaks, snowboards, etc.), Airstream has developed a B-class adventure vehicle that combines Airstream’s luxury, innovation and Off-grid function,” Airstream said in its announcement.

“Built on the same Benz Chassis As its electric Airstream cousin, Interstate 24X hits the road in 2021 driven by power and performance-and nine years of adventure expertise. Interstate 24X is something completely new: an adventurously prepared air wagon, even with the smallest details in mind,” it continued.

If you are familiar with Airstream’s self-propelled buses, the 24X is essentially a 24G variant with an off-road kit. Both are based on the 3500 series Mercedes-Benz Sprinter chassis and use dual rear wheel settings, but the 24X comes standard with a 24G optional four-wheel drive system and is equipped with a set of all-terrain tires. This theme continues in appearance, with a durable lower body panel designed to better resist scratches and dents that may be scratched in rough terrain.

24X and 24GT basically share the same floor plan and standard/optional equipment and accessories. Compared with 24GT or 24GL, 24X is more inclined towards lifestyle and adventure activities.

Before you add any options, the price of 24X is US$213,850, which is about US$20,000 more than the standard 24GT or 24GL. Airstream added its new products to the ordering system on its website as soon as it was announced.